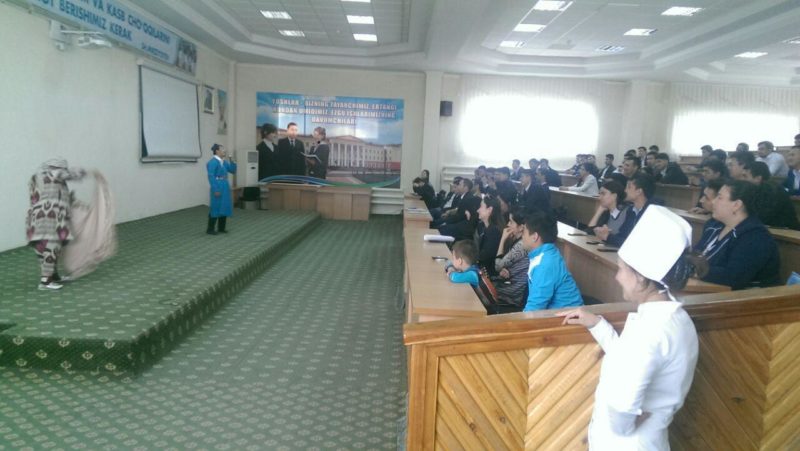 On April 5, 2019 at the initiative of the boarding school for children with disabilities Muruvvat in Fergana, TUIT named after Muhammad al-Khorezmi was promoted under the slogan “We are not inferior to anyone” in the meeting hall of the Ferghana branch. 620-17, 630-17, 640-16, 650-16 and 611-17, 612-16, 610-16, 611-16 groups of Computer Engineering faculty participated at the event. The event was followed by presentations by board members of the boarding school, and artistic performance by children brought up by the children. The performance of children of boarding school in artistic performances, their performance skills, led to the applause of the students.